EconomyFeb 28, 2020 08:15AM ET
Saved. See Saved Items.
This article has already been saved in your Saved Items 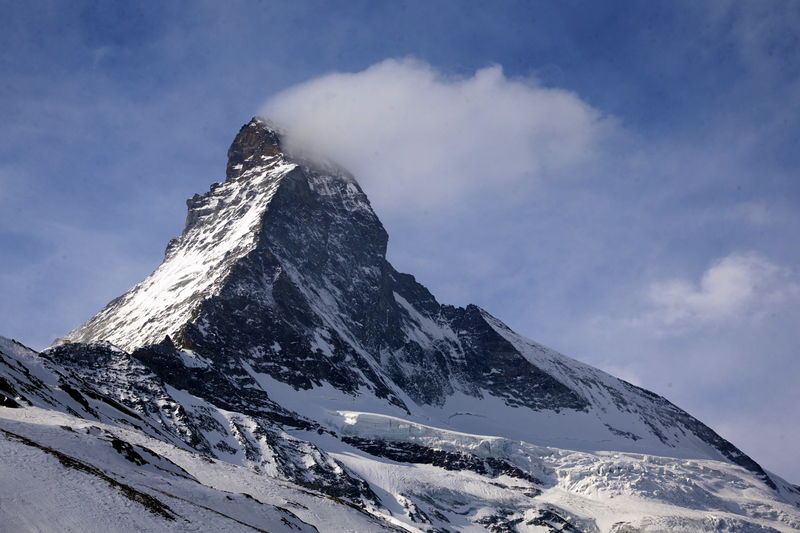 (Bloomberg) -- Switzerland canceled large events and Germany quarantined about 1,000 people as Europe stepped up measures to contain the spread of the coronavirus.

Public and private gatherings with more than 1,000 people won’t be allowed until March 15, the Swiss government said on Friday. The move hit the Geneva Motor Show, which was set to open to the public on March 5. The cancellation of one of Europe’s biggest auto exhibitions comes after the wireless industry scrapped the Mobile World Congress in Barcelona and China postponed large-scale events scheduled through late March.

In addition to the impact on big events, the public health scare prompted authorities in the German municipality of Heinsberg, near the Dutch border, to ask people who came into contact with a married couple with the disease to stay at home. The pair had attended a Carnival (NYSE:CCL) event in mid-February with about 400 people and the isolation affects them and their family and friends.

European leaders are struggling to project a business-as-usual image, even as the number of cases climbs unrelentingly. French President Emmanuel Macron and Italian Prime Minister Giuseppe Conte drank coffee together in a bar in Naples on Thursday, urging greater European cooperation and rejecting calls for suspending the Schengen Treaty that allows for border-free travel within the European Union.

Italy remains the epicenter of the outbreak in Europe. Cases in the country soared to 650 on Thursday from 400 a day earlier. Measures to support the most affected areas may be approved by the Italian government as early as Friday. The country is considering subsidies to help pay utility bills as well as mortgage-payment suspensions.

German infections increased to nearly 60, and the number of people with the disease in Spain rose to 32. The Netherlands confirmed its first cases, after two contracted the virus on a recent visit to Italy’s Lombardy region. Globally, there are over 83,000 cases, including more than 700 in Europe.

A crisis task force in Germany will meet on Friday afternoon in Berlin to discuss next steps, including the possibility of restrictions that would cancel the ITB tourism trade fair. The organizers said on Twitter that they are coordinating with state and federal officials on how to proceed.

The fallout from the spread risks compounding a broader industrial slump. BASF SE (DE:BASFN) warned of a possible second annual profit drop due to the impact of the coronavirus and an ongoing automotive slump. The benchmark DAX Index lost 3.7% at 12:02 p.m. on Friday.

Growth in Europe’s largest economy will almost certainly be weighed down by the disease, even though the effects of the epidemic don’t yet warrant a monetary-policy response, Bundesbank President Jens Weidmann said, adding that growth could be “somewhat lower” than the 0.6% growth rate predicted in December.

Chancellor Angela Merkel consulted with her ministers, with all state organizations focused on halting or slowing the spread. The economy won’t escape the turmoil tied to the coronavirus “without a trace,” but it’s too early to make a serious assessment about the scale of the damage, Merkel’s chief spokesman Steffen Seibert told reporters.

Germany is looking into a range of measures to protect its key export sector. The government’s plans would seek to improve conditions for doing business, including reducing the tax burden on companies and boosting tax relief for digital investment. German Finance Minister Olaf Scholz will discuss possible measures with leaders of the coalition parties next week.

While “uncertainty has increased,” German companies haven’t yet signaled “inordinate” demand for financial assistance, and there are no indications of supply disruptions, said a spokeswoman for the economy ministry.

In addition to the risk of the ITB getting scrapped, the travel industry is feeling the impact. EasyJet Plc said it’s planning to cancel flights as demand slows for travel, particularly to Italy. Sales of airline tickets are decelerating globally, according to Amadeus IT Group SA, the largest operator of software used by the travel industry to book and sell flights.

While a number of unlucky tourists have been trapped in quarantines, there has been a sign of easing. About 130 guests at a virus-hit hotel on the Spanish island of Tenerife will be allowed to leave on Friday. About 700 were isolated at the facility since the start of the week when an Italian doctor, his wife and a group of friends were found to have the virus.

Job Losses Soar And U.S. Dollar Follows: Here’s Why By Kathy Lien - Apr 03, 2020 33
More Analysis
Continue with Facebook
Continue with Google
or
Sign up with Email