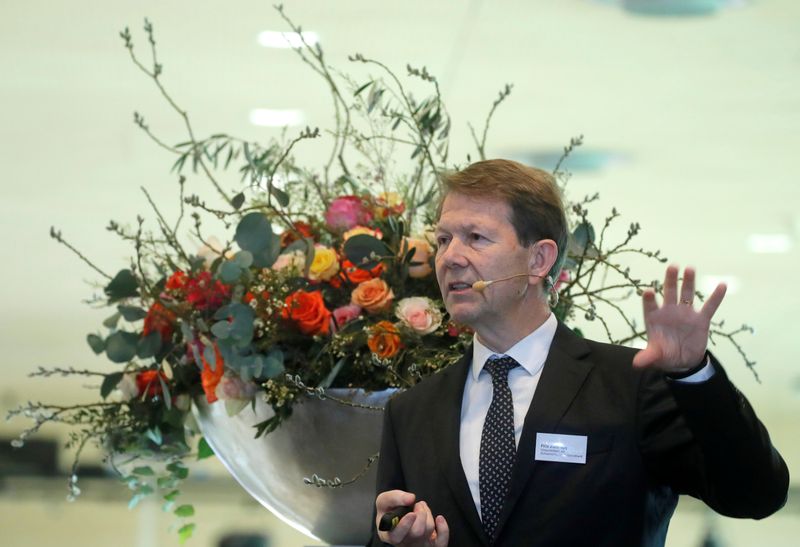 ZURICH (Reuters) - The coronavirus outbreak is fuelling investor demand for the Swiss franc, Swiss National Bank vice-chairman Fritz Zurbruegg said, with the impact on the country's economy depending on how much the virus spread.

"We assume that the increased uncertainty due to the coronavirus plays a role," Zurbruegg told Swiss newspaper Finanz und Wirtschaft when asked about the franc's recent spike against the euro.

"In such events, the franc is sought as a safe haven," he said in the interview, to be published on Saturday.

"The virus could affect the outlook for the Swiss economy. Everything depends on how wide it spreads," he said.

The Swiss government on Friday banned large events expected to draw more than 1,000 people in an effort to curb the epidemic, prompting cancellation of the Geneva car show.

It declared a "special situation" under the country's Epidemics Act, as the number of confirmed coronavirus cases in Switzerland rose to 15.

Switzerland's appearance on a U.S. Treasury watchlist of potential currency manipulators would not deter the SNB from battling the rise of the franc, whose high value hurts Switzerland's export-reliant economy, he added.

"If we are accused of wanting to keep the currency weak in order to gain advantages over other countries, that is not true," he said, denying Switzerland was a manipulator.

"Our monetary policy course has not changed and we continue to use our instruments consistently," Zurbruegg said, referring to the negative interest rates and currency interventions the SNB has used to check the franc's rise.

The bank currently has the lowest interest rate in the world -- minus 0.75% -- and this level could even be cut further if necessary, he said.

"With our negative interest rate, interest rates in Switzerland remain somewhat lower than abroad. This is a crucial prerequisite for curbing the attractiveness of the Swiss franc," said Zurbruegg.

"If we conclude that monetary conditions need to be adjusted, we will lower the SNB key rate further."