EconomyFeb 28, 2020 12:51AM ET
Saved. See Saved Items.
This article has already been saved in your Saved Items 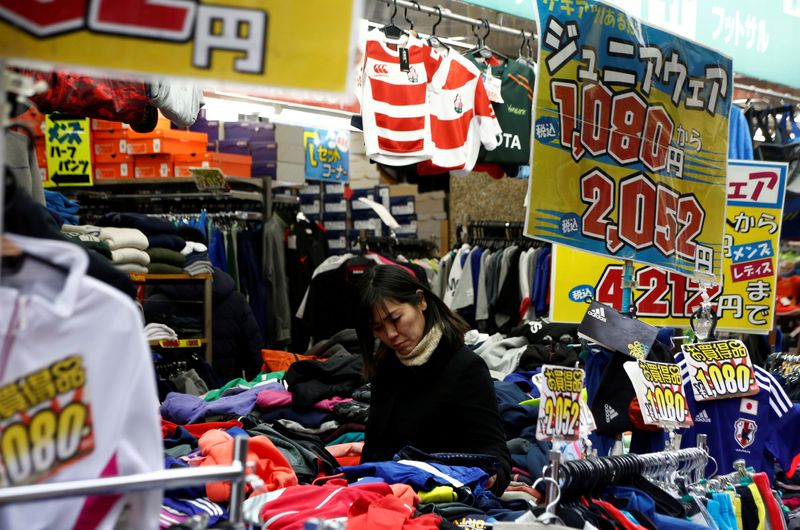 TOKYO (Reuters) - Japan's household spending likely dropped for a fourth straight month in January as a sales tax hike continued to hurt consumers, a Reuters poll showed, suggesting any recovery could be some time away as pressures rise from the coronavirus outbreak.

Household spending is expected to have fallen 4.0% in January from a year earlier, the poll of 16 economists showed, after a 4.8% decline in December.

But from the previous month, household spending is forecast to have risen 0.9% in January, rebounding from a 1.7% fall in December.

They also noted that the impact on the economy from the new coronavirus would be fully seen in coming months. Infections in Japan have topped 200, with four deaths, and has led to the cancellations of sporting and public events.

"People refrained from going out in February because of the virus outbreak, which likely impacted consumer spending," said Kenta Maruyama, economist at Mitsubishi UFJ Research and Consulting.

Japan's economy shrank at the fastest pace in almost six years in the December quarter as the sales tax hike to 10% from 8% in October hit consumer and business spending, raising the risk of a recession as the coronavirus outbreak chills global activity.

Week Ahead: Despite Equity Rebound, Bear Market And Volatility Will... By Pinchas Cohen/Investing.com - Mar 29, 2020 34

Gold Miners Better Than Gold By Fiona Cincotta - Mar 27, 2020 24
More Analysis
Continue with Facebook
Continue with Google
or
Sign up with Email